NORFOLK, Va. -- Upon graduation, most student-athletes find themselves with an uptick in free time.

Gone are the early-morning workouts and late nights of studying. Returning are free weekends and time for vacations.

However, for former Old Dominion field hockey star Danielle Grega, this is not the case.

For Grega, weekends are consumed by documenting medical information at local hospitals and traveling to Pennsylvania to train with the nation’s field hockey elite.

Along with her job as a medical scribe, Grega is also a member of the U.S. Field Hockey National Development Team, a unique squad created just two years ago.

Just two years into its existence, the development team is similar to the MLB’s minor leagues or the NBA’s D-League.

The only difference? Money.

“It’s really a great program. It’s just not cheap,” said Griffiths. “There’s no money in it. In fact, they have to pay to play.”

Travel costs, meals, training gear. Even a foreign trip to Chile, which, along with the National Championships in June, is the best opportunity for the players to showcase their skills.

All of these expenses come out of pocket for those on the development team.

Making life on the development team perhaps even more difficult is the abnormal training schedule.

Once or twice a month, the squad gets together for a full weekend of training, usually at the Spooky Nook Sports Complex, the home of U.S. Field Hockey in Manheim, Pennsylvania.

“You try and squeeze a lot in. It’s a pretty tiring couple of days, usually,” said Griffiths about the weekend training sessions. 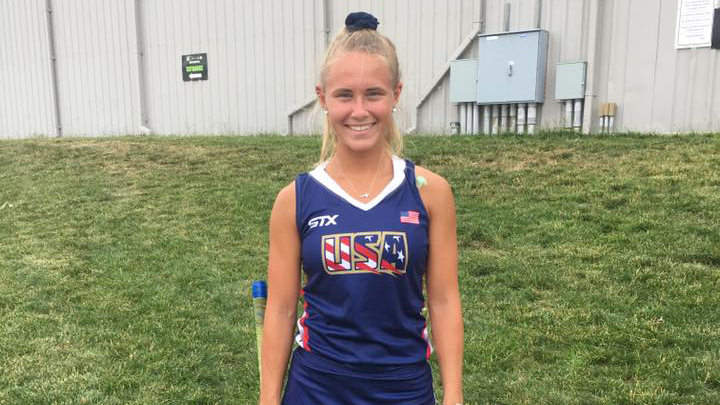 Not to mention the high-level of competition. The development roster is filled with former All-Americans.

“The competition is definitely more serious and it’s a higher level,” said Grega. “And, we see each other maybe twice a month. So, we don’t really know each other. We’re not with each other every day. That’s probably the most difficult thing about it.”

What is making the experience easier for Grega is having a familiar face on staff in Griffiths, her former head coach. She also credits her time at ODU for helping her reach the point she is at now.

“Without that competition, I wouldn’t be where I am now,” said Grega about her time at Old Dominion. 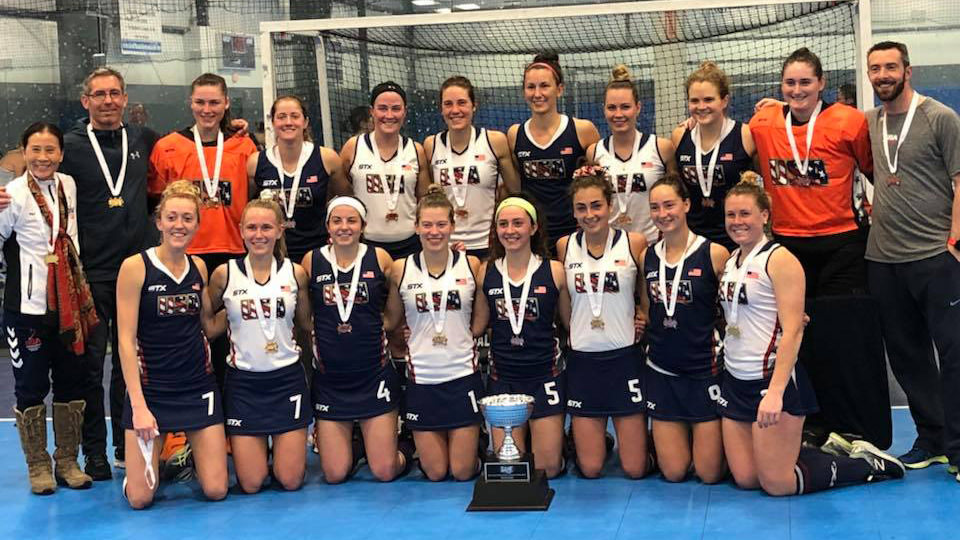 Still, in between the training sessions, Grega’s weeks are filled with 40 hours in the hospital and then individual workouts to stay in shape and keep her field hockey skills sharpened.

In the end, the time, money, hard work and sacrifice put in is all in hopes of achieving the ultimate dream: making the U.S. National Team.

“You have to make some sacrifices,” said Griffiths. “But at least you have a way in.”

And a way in that has proved to be effective.

Despite its short existence, the squad has already produced a handful players who have gone on to the national team.

However, the U.S. National Team is not the only long-term goal for Grega. A biology major, she also wants to go to graduate school and pursue a career as a Physician’s Assistant.

For now, grad school is on hold.

“It’s tough really deciding what you want in life,” said Grega. “I want to go to grad school, but it’s just a matter of do I want to put it off for a couple of years and follow a dream that I’ve always had.”

A dream that could soon become a reality.

But, if not, the former ODU field hockey star certainly has a nice backup plan.

Field Hockey Defeated by No. 3 UConn, 2-0 in BIG EAST Finals

Coach Griffiths Looks Ahead to the Conference Tournament